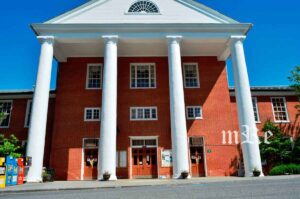 Please take this survey to help Greenbrier County improve Broadband Internet Access for all residents and be entered to win a brand-new kayak!
Take Survey

To the official Greenbrier County, West Virginia website. You will find many useful links, as well as links to all the County departments and boards.

Greenbrier County is the second largest county in West Virginia, with 1021 square miles and was created in March of 1778 from portions of Montgomery and Botetourt counties (Virginia) and was named for its primary river. Greenbrier County is considered the “mother county” of southern West Virginia as Boone, Cabell, Jackson, Kanawha, Mason, Monroe, Nicholas, Putnam, Roane, Wayne and Webster counties were created either in part or in whole from the original territory.

The leading industries in the county are coal, timber and agricultural operations, including livestock, dairy products, hay, grain, poultry and fruit.

Nestled in the Alleghany Mountains, the area offers many recreational opportunities and considers outdoor recreation and tourism one of its most important resources.

Lewisburg is the County Seat and is located in the south central part of the county just northwest of White Sulphur Springs, home of the world renowned Greenbrier Resort and Spa.

The eastern and western portions of the county are linked by Interstate 64. Two of the main highways in the county are historical transportation routes that have been used for hundreds of years. US Route 219 (Seneca Trail) and US Route 60 (Midland Trail) intersect in downtown Lewisburg.

Historically, Greenbrier County has been primarily agricultural, but is experiencing some population growth and significant development, so the issues the county government faces are an ever changing challenge.

Greenbrier County, West Virginia is home to the following municipalities: